By Charlotte Brown in  Appogee Leave

The company provides all of the matchmaking, game lobbies, leaderboards, social media, gameplay stats, and Big Data warehousing/analytics services for titles such as the Call of Duty and Guitar Hero series.

Whilst many video games companies work through major tech providers, Demonware design and develop their own robust, scalable services to support hundreds of millions of users, on large scale infrastructure. 95% of Demonware’s 200 staff, across two sites in Dublin and Vancouver, are coders and engineers.

“With so many developers in the company, we have people working on macs, unix, linux operating systems. Everyone is on gmail personally, so tools which work in the Google ecosystem are more popular,” said Antoine Lepine, HR Generalist at Demonware, ““it’s difficult for us to go with Windows based product because most of our developers are on other operating systems.”
Business Challenges
Prior to the introduction of Appogee Leave, Demonware had its own time management system for tracking vacation and sick days. “It was hosted on our server in Dublin, which meant for users, especially administrators in Vancouver, it was super slow, and not user friendly at all” explained Antoine.

“We have a huge proportion of programmers and developers at Demonware who make amazing products. We create quick, simple, user friendly products but the absence and holiday management product we were offering these employees internally was not good.”
The Solution
“We looked at a handful of solutions, but demoing Appogee Leave was a real ‘wow’ moment. It was clear it would be simple to implement and a quick win for staff as it’s so user-friendly,” said Antoine.

“Our intuition was right. We initially trialled the product, with small groups of users from different departments within the company before presenting to the senior management team. It was an easy sell, being both simple to use and implement. We are now beginning to roll out across the company.

“We are already seeing managers doing their own admin through Appogee Leave. With our previous system, managers had two different log ins, one for their own leave requests and another for approving team holiday. Now there is a single sign on.

“Instead of emailing managers holiday requests which are then sent to HR, the whole process is now automated, and, in addition, syncs instantly with Google Calendar meaning everything is always up to date. These benefits combined will save a huge amount of admin time.

“Plus the team at Appogee have been magic! We have had all of the support we needed. Not only do they make the process incredibly simple, taking the time to explain, show and trial, but the ticket system is incredibly responsive and we’ve always had responses within an hour or two.

“I think Appogee Leave would be a big benefit for any business with salaried employes. The interface is amazing, making it easy to figure out what works for you and personalise to your requirements.”

Mavrix Technologies move HR to the cloud with Appogee HR 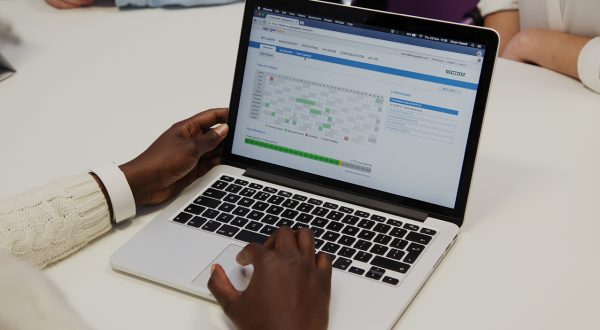 The University of York

Heidi Fraser-Krauss, Deputy Director of Information and Head of IT Services & Jo Black, HR-Coordinator, Information Directorate explain why they...