Death of the Annual Performance Review

Why businesses are changing the way they do performance

When Accenture scrapped them in 2015, it was big news. By the time Netflix and LinkedIn followed suit the zeitgeist was already beginning to change; finally a small trickle of organisations were willing to admit the fact annual performance review was dying a death.

The signs had been coming for some time. Data from as early as 2014 found 58% of HR executives thought they negatively impacted staff commitment and performance (both of which also correlate strongly to retention too).

But despite this realisation, sadly it’s still the case that too many organisations are unable to banish annual reviews to Room 101 just yet. But in doing so they’re taking a massive gamble with their employee engagement.

It’s estimated 70% of companies still use the standard annual review template – but many now believe it’s a dangerous decision to take. As Last year’s ‘The Growth Divide Study’ reveals 61% of staff simply think their annual reviews were outdated. Data suggests employees are sick of the master-slave connotations they have, not to mention their tendency to concentrate on- (and often punish -  through smaller bonuses/pay rises), their past performance, rather than having adult conversations about future capability. According to the Growth Divide Survey, 6% say annual reviews are simply too infrequent to be of any constructive use. Put simply, annual reviews damage the employer-employee emotional contract.

It’s clear this has to change.

"It’s estimated 70% of companies still use the standard annual review template but 61% of staff simply think their annual reviews were outdated."

What many organisations often forget is that what staff really want (and indeed, need) are not criticisms about past results, but rather conversations about actual defined and future objectives. These are real targets that staff can work towards and managers can have a proper performance conversation in the first place. This is where the OKR (objectives and key results) framework really makes an impact when it comes to performance reviews.

Objectives give staff purpose, and importantly, goals to reach – both of which are well-known ingredients for boosting engagement. Yet, data from the likes of Towers Watson reveals half of managers don’t actually set performance goals at all, let alone explain how individuals’ goals fit with the overall corporate strategy.

This is a shame. Objectives are a much better driver of engagement because they tell employees where to go, rather than traditional KPIs (or Key Performance Indicators) – which simply let managers know if staff are there yet. It’s why the most progressive organisations (including Google, The Guardian and Walmart) aren’t just ditching annual reviews, they’re also opting for OKRs – or Objectives and Key Results – in their place.

"...progressive organisations (including Google, The Guardian and Walmart) aren’t just ditching annual reviews, they’re also opting for OKRs – or Objectives and Key Results – in their place. "

When organisations use OKRs – a concept popularised by the likes of Lean Performance founder, Felipe Castro – it forces managers to separate out what really matters, and help staff set clear priorities. OKR theory is not about tracking everything, but about creating sustainable changes in performance, by doing more of what makes the biggest difference. It’s about identifying where changes in performance have the greatest impact. Instead of being a be-all and end all measure in their own right, key results (not indicators) become the measures that staff use to monitor in their progression towards an objective.

"OKR theory is not about tracking everything... It’s about identifying where changes in performance have the greatest impact."

By their nature OKRs demand to be paired with HR technology – which is no bad thing. Great best-of-breed HR technology provides leaders with visual dashboards that removes the subjectivity that annual reviews tended to have, and replaces it with accurate real-time data about which objectives have/have not been achieved so far. Not only does this take the guess-work away, it allows more natural on-the-moment performance conversations to be had – time managers might already be spending anyway with their teams/individuals through weekly or daily catch-ups. OKRs don’t create more work for managers – they allow them to use their time with the staff more efficiently in the first place.

The good news is that staff won’t mind this in the slightest. Around 90% of staff surveyed in the Growth Divided survey said they wanted managers to give them feedback in real-time. Give your staff what they want, and you’ll soon convert them into engaged employees.

"Around 90% of staff surveyed in the Growth Divided survey said they wanted managers to give them feedback in real-time. Give your staff what they want, and you’ll soon convert them into engaged employees."

Best of all, once ongoing performance measures become habitual, the benefits (for both employee and employer) are such that on-demand reviews very quickly become the norm. They become instinctive, and informative, and not just necessary but wished for by both parties.

It’s all a far cry from when annual reviews sparked panic amongst staff, and were regarded as administrative burdens by managers. With regular use of OKRs, the right level of technology, plus a bit of management time well-spent, it won’t take employees or employers alike very long at all to be wondering why on earth performance used to be such an infrequently visited event.

For a more indepth view of Objectives and Key Results. Download our White Paper "The End of the Annual Performance Review" or you can start you 14 Day free trial of Appogee HR Success which includes our Goals module here. 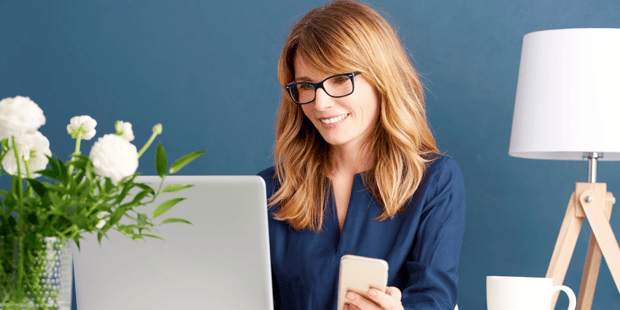 HR From Home: The Essentials

In our recent live series, we discussed a range of topics about how to manage your HR from Home. The first one focussed on the essentials that you... 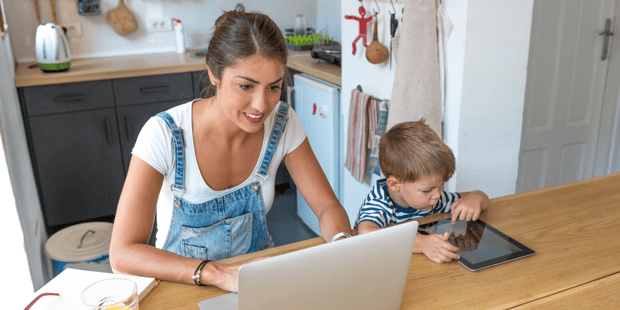 When working remotely, it may feel as if spending time onboarding new employees is not time well spent. Therefore, many businesses are deferring... 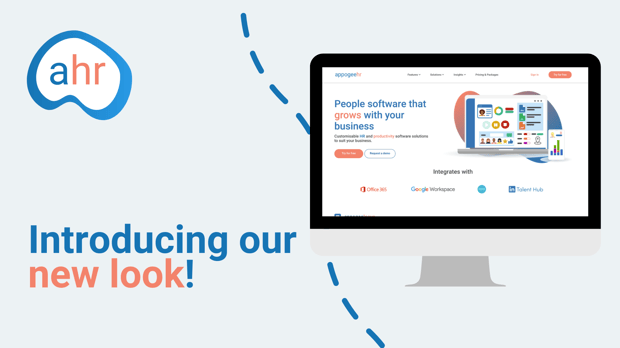 You may have noticed a few changes in our in-app branding recently and today we launched our new look website!